Asia Talent Cup: If You Think You’re A Champion, Sign Up!

With this motivational slogan comes a campaign for all young riders in Asia, Australia and New Zealand who aspire to someday be a MotoGP World Champion.

Today the selection process for the 2017 Asia Talent Cup begins, online registration on the official website for the championship welcomes all forms of applicants who meet the requirements of the promoter to apply for a chance to be a part of the Selection Event in Sepang (25 and 26 October 2016). The registration period ends on August 21.

The Asia Talent Cup is the ideal stage to develop as a rider. During the first part of the 2016 season races at the Chang, Losail and Sepang circuits have seen intense and exciting battles go down to the line, a photo finish being used on more than one occasion. Mechanical equality is key – all ride the Honda NSF250R Moto3™ – allowing the riders to show their best on track without worrying about differences in machinery.

The Asia Talent Cup has already run for three seasons and throughout this time it has proven to be an effective way to help young riders to form, grow athletically and mature as people too. A key role in the selection process is reserved for Alberto Puig (250cc and 500cc rider in the 90s) whose knowledge has helped him uncover such talents as Casey Stoner, Toni Elias and Dani Pedrosa. Alberto Puig is also responsible for the Asia Talent Team, consisting of five emerging riders from the Asia Talent Cup who compete in this year’s Moto3™ Junior World Championship.

These riders are performing exceedingly well. Kaito Toba, who was the 2014 ATC champion, became the first Japanese rider to win a race in the CEV Moto3™ championship.  Alongside him is Ayumu Sasaki (champion of the Asia Talent Cup in 2015), Kazuki Masaki, Andi Izdihar and Nakarin Atiratphuvapat. 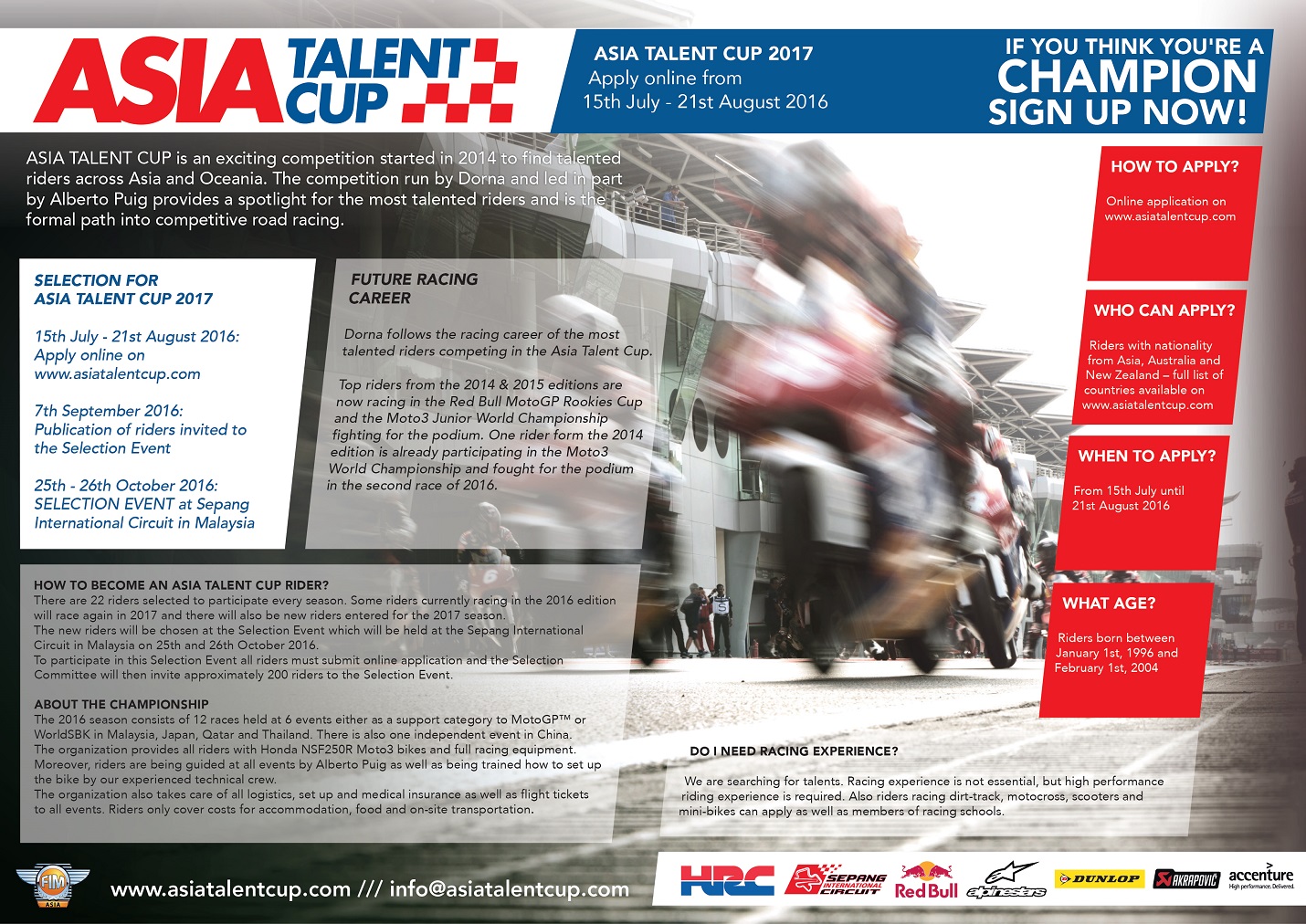 Publication of the list for the Selection Event: September 7, 2016 (online www.asiatalentcup.com)