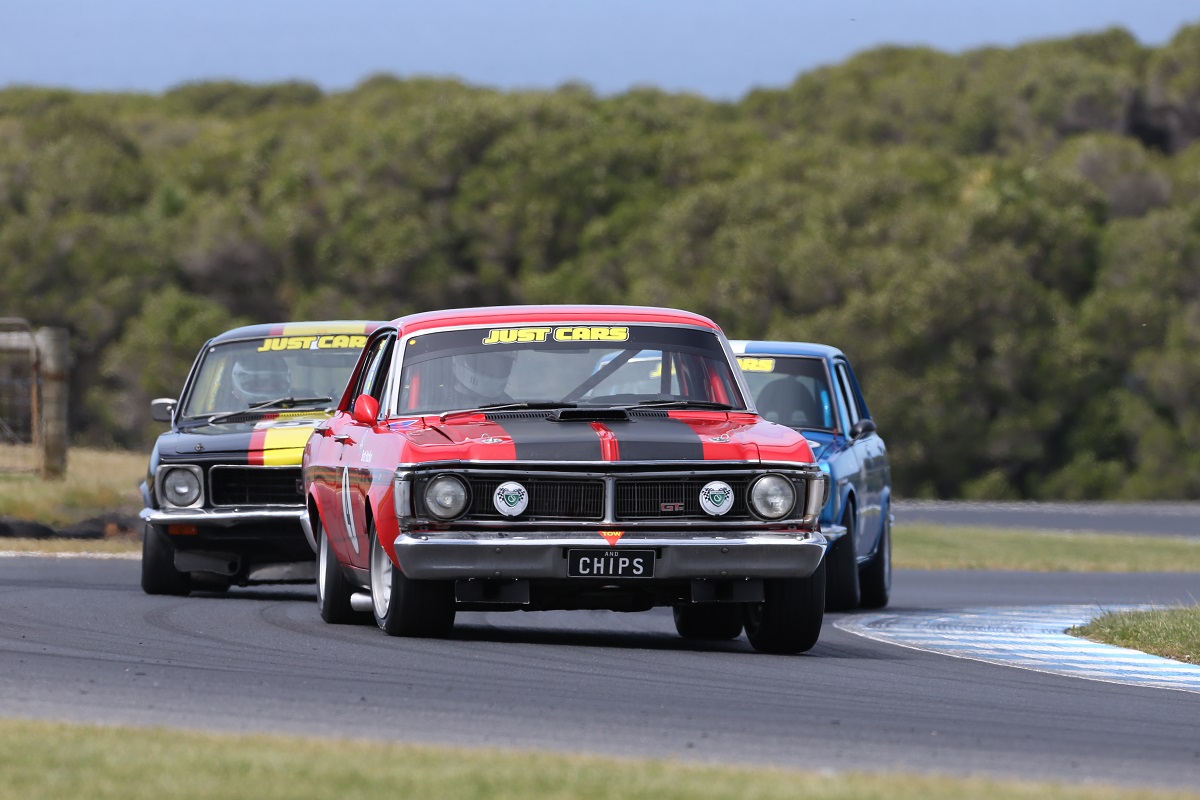 PIARC’s Island Magic Pearl 2020 at the Phillip Island Grand Prix Circuit this weekend has all the promise of a great weekend’s motor racing.

PIARC’s Island Magic Pearl 2020 this weekend has all the promise of a great Weekend’s Motor Racing with the CUE Victorian Tourist Trophy as a one hour Enduro each day as opposed to the earlier years format of two sprint races Saturday and an Enduro Sunday. The Sports Car Group has risen to the occasion despite restrictions on number of Pit Crew and no public attendance, to have 16 quality cars competing.

The iconic Ramada Resort 50K Plate Sports Sedans Sports Sedan is a standalone event this year with the Victorian Championship not being conducted in 2020, like most other championships.
The good part remains that the 50K Plate will still be run on the world’s most picturesque and exciting circuit with 19 of these spectacular machines awakening your senses with the likes of Robinson in his Monaro, looking to outpace
Tamasi in the Calibra, Camm in the Corvette, Gilliland in his RX7, Brett Dickie back in the Honda Integra and the magnificent Gourlay Audi piloted by young Jordan Caruso.

The Sports Cars are back for a 16th consecutive year for the CUE Victorian Tourist Trophy, and seeing a greatly reduced but appropriate 16 exotics take to the grid with 1 Audi, 8 Porsches and a couple of Lotus Exiges, a Ferrari 458 GT3 a BMW M4 GT4, one of the beautiful McLaren 570S, an MGB GT V8 and a Lamborghini LP600, will still be exciting. How will they all survive the two one hour battles?

The Formula Vees are at it again with a compact field of 19 flying the flag for the open wheeler cars.
Formula Ford and Formula Ford 1600s are missing due to insufficient entries as a result of the COVID impact on the economy. They will be back better than ever for CoolDrive AutoParts in 2021, but in the meantime the Superkarts will be a super stand-in category with around 35 expected to take to the track

The Improved Production Cars headed up by 2019 winner Andrew Butcher in a BMW M3, Milano returning in HSV Commodore along with perennial favorite PIARC Competitor of the Year 2018 McKay in the LJ Torana. Don’t overlook the other 16 Mazdas, BMWs, Nissans, Hondas and more all lurking in the field.

Porsche 944s helping keep up the Sports Car numbers, particularly Porsches with a total for the Marque of 14. Can Beller continue to sweep the field or are we waiting for Dick to say Howe in his hurriedly refurbished machine. It will be great to see the Saloon Cars sharing this grid in Races 1 & 2 before going their own way for their Trophy races

Despite no spectator’s attendance being possible this year, the 30th Event of Island Magic promises to be a great as a Return to Race at Australia’s most picturesque and challenging race circuit.