Improved weather conditions hovered around Phillip Island Grand Prix circuit this morning after a downpour earlier on, providing the perfect backdrop for today’s season decider to play out in. After a barnstorming qualifying session yesterday, crowds expected an action-packed day of racing and the riders delivered a spectacle for the ages, with Troy Herfoss (Crankt Protein Honda Racing Team CBR1000SP2), Waters, and Wayne Maxwell (Yamaha Racing Team, YZF-R1) all within 14 points of each other.

When bikes headed to the grid for their first race of the weekend, the track temperature was sitting at 25 degrees and there was an undeniable championship buzz in the air.

Pole position getter, Maxwell didn’t get a very good start and Waters shot into the lead, with Daniel Falzon (JD Racing, Yamaha YZF-R1) second and Herfoss in third. Waters quickly made a break for it, while Maxwell has moved up several places, as far as making his way up to second by lap two.

By the second lap, Waters had a gap as much as two and a half seconds. Herfoss had his hands full on lap four when Falzon attempted to overtake and Herfoss later had a moment in that lap where he had to sit up from out of his seat.

The Crankt Protein Honda riders Bryan Staring (Crankt Protein Honda Racing Team, CBR1000SP2) and Herfoss were losing ground and appeared to be holding up the chasing pack. Josh Hook (Bell Helmets, Ducati Panigale) managed to overtake both Hondas after they were struggling for pace.

When riders reached the halfway mark in Race One, Waters continued to lead by three seconds followed by Maxwell and Falzon in third. Glenn Allerton (Yamaha Racing Team, YZF-R1) in fourth and Hook in fifth.

From the mid stages of the race, things really heated up on track, as Herfoss lost a large amount of positions and ran wide at the first corner after Robbie Bugden (Kawasaki BCperformance) attempted an overtake. Allerton managed to overtake Falzon and put himself on a podium position in third.

Herfoss had a disaster of a race, retiring after nine laps with an oil leak forcing him to come into the pits. The retirement effectively wrecking his championship chances.

From there, Waters was able to keep it upright, stretch out his lead to 3.7 seconds, and scream down the straight to take a win. Second place was taken by Maxwell followed by Allerton who managed to keep Falzon behind him. Hook had his best YMI Superbike race finish in fifth after a very impressive fifth place.

Waters had played down his chances all weekend so far, but he was simply unstoppable in Race One and set himself up in prime position to take the title in the afternoon.

When the YMI Superbikes headed to the grid for their final race of 2017, competitors were armed with the knowledge that a champion would be crowned upon the chequered flag, and with Waters holding the championship lead, the spectators couldn’t wait to see if he could hold on to his points gap.

When bikes screamed off the start and in to the first turn, it would be Falzon and Waters to lead the way. Maxwell had another disappointing start from pole position and was not as aggressive in the opening laps and found himself in the battle pack. Waters soon overtook Falzon at the hayshed on lap two with Maxwell in fifth.

With clear air in front of him, Waters was setup well to try and break away from the field. Staring overtook Waters at Pirelli corner and Maxwell soon followed suit. Maxwell quickly took the lead on lap three and he thundered past Staring on the main straight. It was clear that Maxwell was a man possessed.

With six laps to go in the YMI Superbikes, Maxwell had had stretched out his lead on Waters to a 0.7s, with Herfoss in third having disposed of his teammate Staring and Waters soon after, to move into second.

Herfoss now found himself within a couple of tenths behind Maxwell and was desperate to get passed. Waters began to drop off after lap 10, content with his championship winning position in fifth. With only two laps remaining the battle for the victory was extremely close. The Honda duo were all over Maxwell, and Allerton was close enough as well to challenge for victory.

Maxwell and Herfoss will rue the lost opportunities, with Maxwell’s bad stars and Herfoss’ retiring in the previous race.

“I’ve said it a million times, I never thought I would be in contention for the championship halfway through the season. To win the championship for Team ECSTAR Suzuki is awesome. Big thanks to the team, sponsors and everyone that’s stood by me, I can’t believe it! The turnaround from the start of the season has been huge.”

“Three DNF’s throughout the season and to be just four points off is disappointing. There were mistakes all year but it’s no excuse. Big thanks to Yamaha and my crew. It’s been a positive year all around but we just came up short.”

“It was a tough race and there were many moments across the season that could have gone differently but second in the race was a good result. It’s unfortunate we had a mechanical issue in Race One. Unfortunately, I couldn’t contend with Wayne up the front. I’m fit and healthy and looking forward to 2018.” 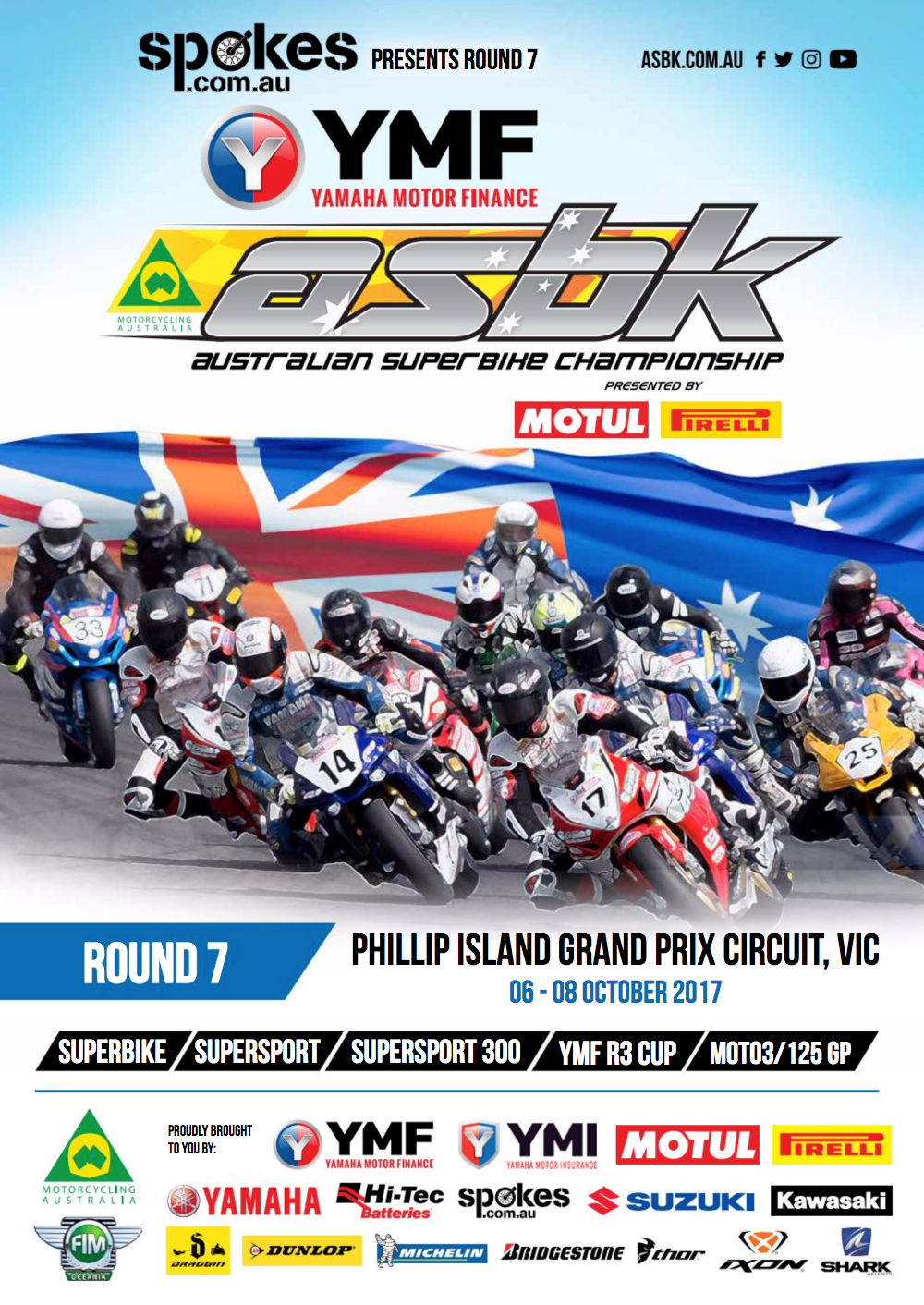 As always, stay up to date with all the latest news and updates from the ASBK by liking ASBK on Facebook, following the @asbk on Instagram and checking out the ASBK website here.