Phillip Island will roar to life in 2022 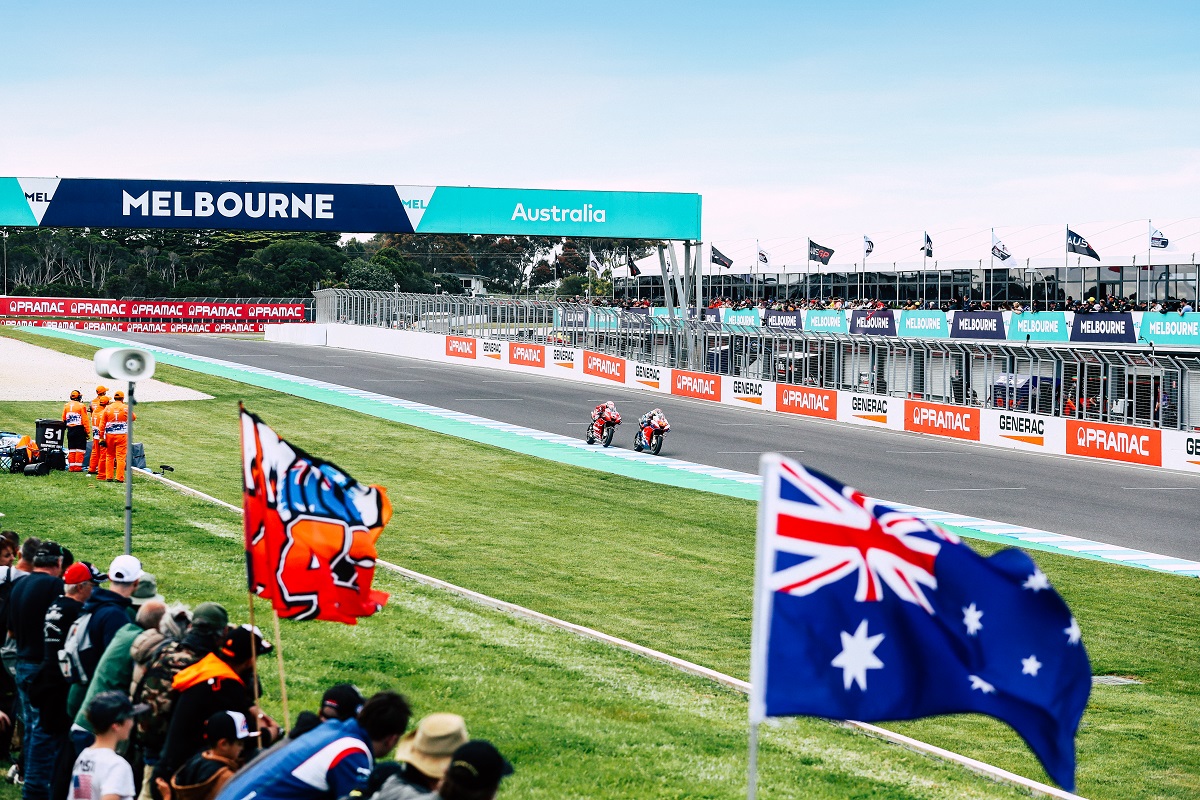 MotoGP™ is back and bigger than ever.

Well-known as a favourite amongst riders, the fast-flowing Phillip Island Grand Prix Circuit will once again set the stage for a thrilling weekend, as teams push their machines to the limit from 14-16 October 2022*.

A highlight on Australia’s sporting calendar, next year’s event is shaping up to be another unmissable experience with two Aussies set to compete in the premier class.

Current Moto2TM World Championship leader, Remy Gardner, will join Jack Miller on the MotoGPTM grid, where he’ll no doubt be looking to carve out a name for himself, as he takes on the picturesque circuit which made his father, Wayne Gardner, a racing legend.

On top of that, Australian young gun Joel Kelso will make his local debut in the Moto3™ World Championship with the CIP Greenpower team.

People wishing to purchase tickets to the Australian Motorcycle Grand Prix 2022 can register their interest today at motogp.com.au.

“We’re thrilled to bring the Australian Motorcycle Grand Prix back home to Phillip Island, where it will once again deliver crucial support to the local region, which has been doing it tough throughout the pandemic.”

“It’s been far too long since fans made the pilgrimage to Phillip Island. I can’t wait to see the MotoGP faithful back at the circuit, for what never fails to be an action-packed weekend.”

“With two Australians now competing in the premier class, there’s never been a better time to visit Phillip Island and cheer on our homegrown talent. Who knows, we may even get an Aussie one-two fairytale finish!”

“We are excited to return to Australia, where we are always welcomed like family when most of us are in fact furthest away from home.”

“In addition to the stunning landscape and the exciting layout that offers great battles, the return to Phillip Island’s iconic circuit after two long years is one of the most awaited events for us. On top of that, we are proudly returning with Australian stars Jack Miller and Remy Gardner, who will surely be welcomed as heroes racing in the MotoGP category.”

“Everyone has been looking forward to returning to Phillip Island, so to be able to come back next October… for us MotoGP riders, it’s back where we belong. There’s nowhere else like it and racing at home in front of family and friends for us Aussies will be extra special this time – I can’t wait.”

Words and photo courtesy of motogp.com.au