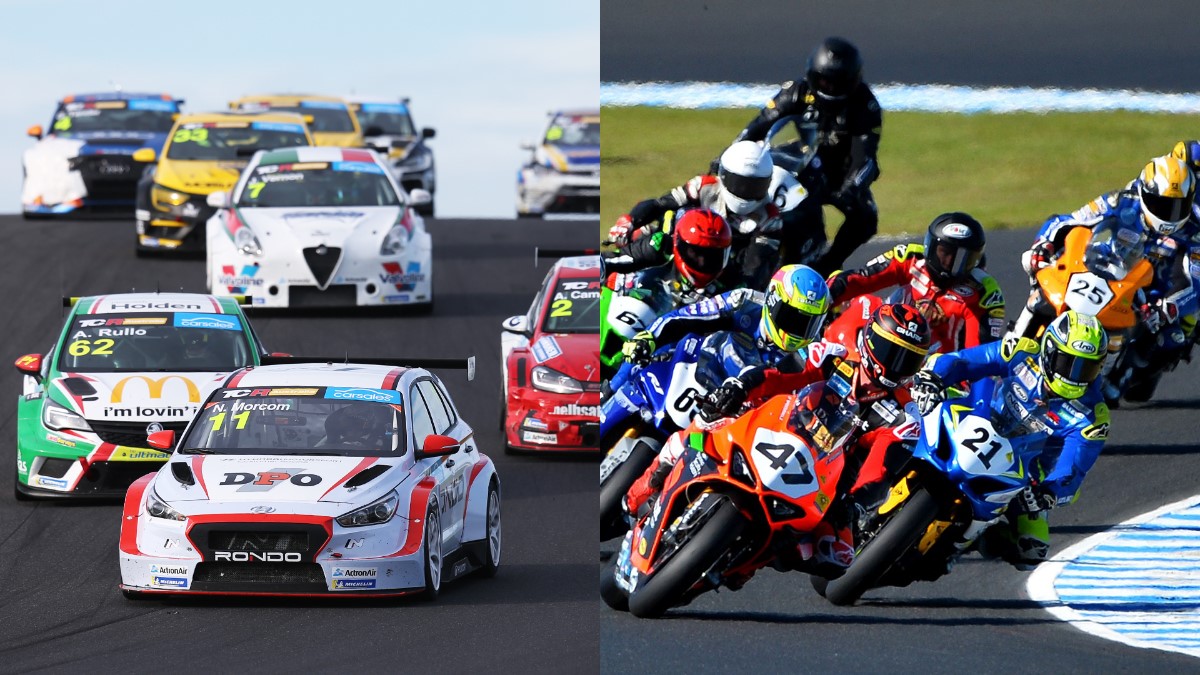 The 2021 motorsport year will explode into action with the Phillip Island Grand Prix Circuit to host the inaugural ‘Australian All Wheels Race Fest’ in February 2021, with the Shannons Motorsport Australia Championships and mi-bike Motorcycle Insurance Australian Superbike Championship, presented by Motul (ASBK) joining forces at the iconic Victorian circuit.

Motorsport Australia and Motorcycling Australia will conduct the 19-21 February 2021 event, which will feature motorcycles and cars in what will be the ultimate 2+4 motorsport event for all race fans.

The event will showcase the fastest two and four wheeled machines in what is sure to be an adrenaline filled weekend packed with racing for ASBK and car racing fans alike.

More event details will be confirmed in the coming month, and Motorcycling Australia and Motorsport Australia will work closely to create an unique experience for competitors and spectators in bringing the two national championships together. Closer to the event working with government authorities with the aim to welcome race fans to the Australian All Wheels Race Fest at Phillip Island next year.

While the Shannons Motorsport Australia Championships categories to be at the event include the carsales TCR Australia Series, VHT S5000 Australian Drivers’ Championship and the Porsche Michelin Sprint Challenge Australia.

This will be the first time ASBK & SMAC have raced together, with both sanctioning bodies eager to continue this event in the years ahead at various circuits around the country.

More details, including schedule, TV Broadcast details, ticketing and corporate hospitality opportunities, will be made available in the lead up to the event.

The Australian All Wheels Race Fest will be held at Phillip Island on 19-21 February, 2021.

“The Australian All Wheels Race Fest is a great opportunity for both Motorsport Australia and Motorcycling Australia to further build upon our already strong relationship and deliver an event that will be something that hasn’t really been done in Australia in recent times,” Arocca said.

“This will be an exceptional opportunity for motorsport fans to get up close and experience both disciplines across their respective categories. It promises to deliver a magnificent start to the 2021 Shannons Motorsport Australia Championships calendar.

“We are thrilled to be able to get such an event up and running that will provide a terrific day out for a very wide range of motorsport fans.

“There will of course be subtle changes required to the track and officials to meet the differing safety requirements, but all this will be factored into the schedule which will provide some really exciting on track action across the weekend at a terrific Victorian venue.”

“This is a fantastic opportunity to be working with Motorsport Australia to deliver a spectacular event at a venue that has so much history for both two-wheel and four-wheel motorsport,” Doyle said.

“The Australian All Wheels Race Fest idea has been spoken about for some time and both Motorcycling Australia and Motorsport Australia look forward to working together closely.

“This is an idea that motorsport fans have wanted for some time, and together with Motorsport Australia there is a real passion from us to deliver cross discipline world-class event.

‘’When we bring our collective rider, driver and teams together in the same paddock, we know it will deliver the best on track action and a sensational fan experience.

‘’Not only will it be a great fan experience, but also a great learning experience for our respective organisations which will improve our own championships in the future.”

Words and photos courtesy of www.ma.org.au