>    Bramich continues to build at Aragon 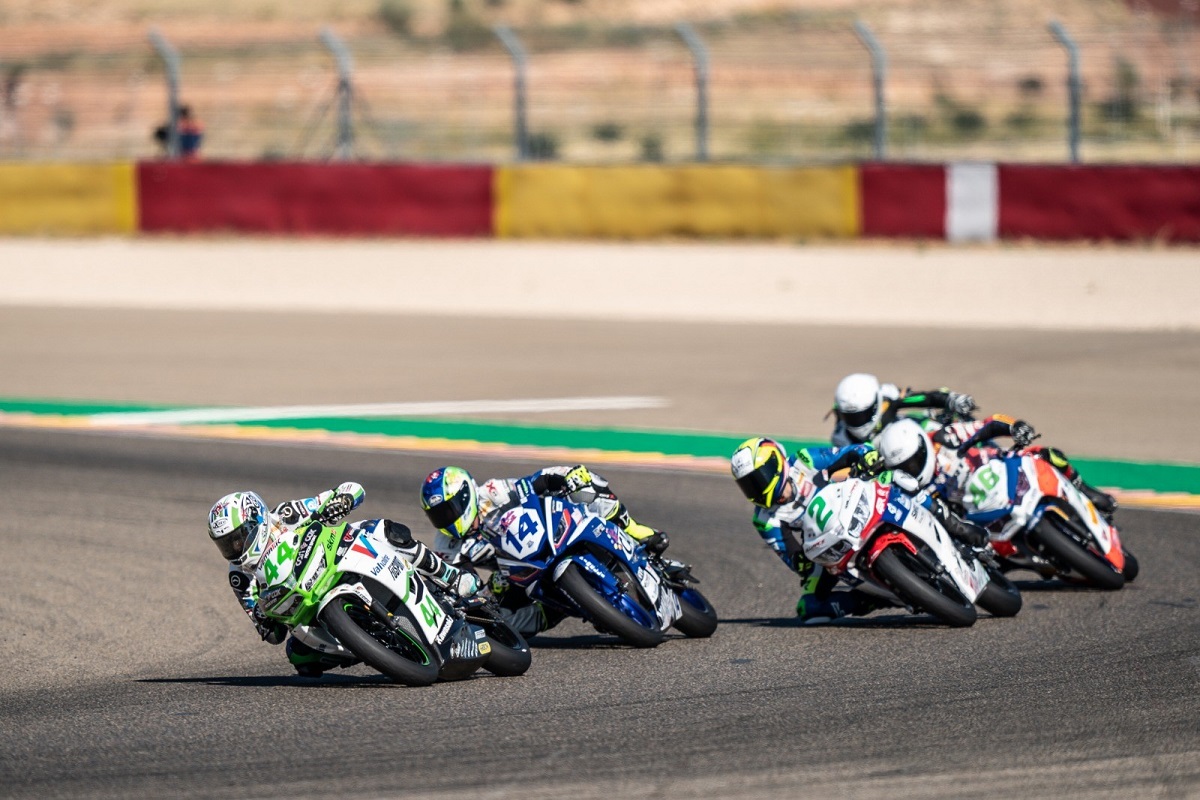 The 2020 FIM Supersport 300 World Championship continued in Aragon’s Spain for the Pirelli Teruel Round at the weekend (4 – 6 September).

Phillip Island Circuit backed Tom Bramich (Carl Cox-RT Motorsports by SKM-Kawasaki) was ready to build on the progress achieved the weekend prior.

Bramich, in Group A, started the weekend strong.

“It was a huge step for us. It’s been clear that our bike has been under performing and we needed something with our setup, and my crew chief gave that to me. We posted the 14th fastest time in the free practices just 0.7 from P1. We really showed we have the pace when everything works in those sessions”

With a strong result in the Free Practice sessions, Bramich progressed through to Superpole and avoided the Last Chance Race.

“We really suffered in Qualifying as I didn’t have any new tyres, so it made it hard to get the correct strategy do to the lap time like we did in practice”

Qualifying in 30th position, Tom had his work cut out for him.

“Qualifying in P30 was always going to make the race hard”

Bramich had a solid start in Saturday’s Race 1, but by avoiding a crash in front of him set the Aussie back and resulted in him finishing in 22nd position.

“I made a great start in the race and passed many riders, however I had to avoid a crashed bike at turn 4 which caused me to go off the track and re-join in last position. After that I put my head down and crossed the line with the same race pace as the top 10. Although the result wasn’t flash we made a step and improved our race pace”

Ready to continue this pace, Bramich headed into Sunday’s Race 2 knowing what he had to do to improve his result. His race came to a premature end after getting tangled up with two other riders, resulting in a crash and a DNF to finish for Tom’s weekend.

“It very unfortunate with two bikes in front of me coming together and colliding straight into me. There are so many positives to take out of this weekend and it was great to know that I can do it and I really do believe that we can be there right in the mix. We race at Barcelona in two weeks’ time which is a new track for me, so I’ll be doing my homework and I’ll be training hard for the next challenge”

The WorldSSP300 Championship continues at the Acerbis Catalunya Round, 18 – 20 September.