Difficult Start To 2020 For Bramich 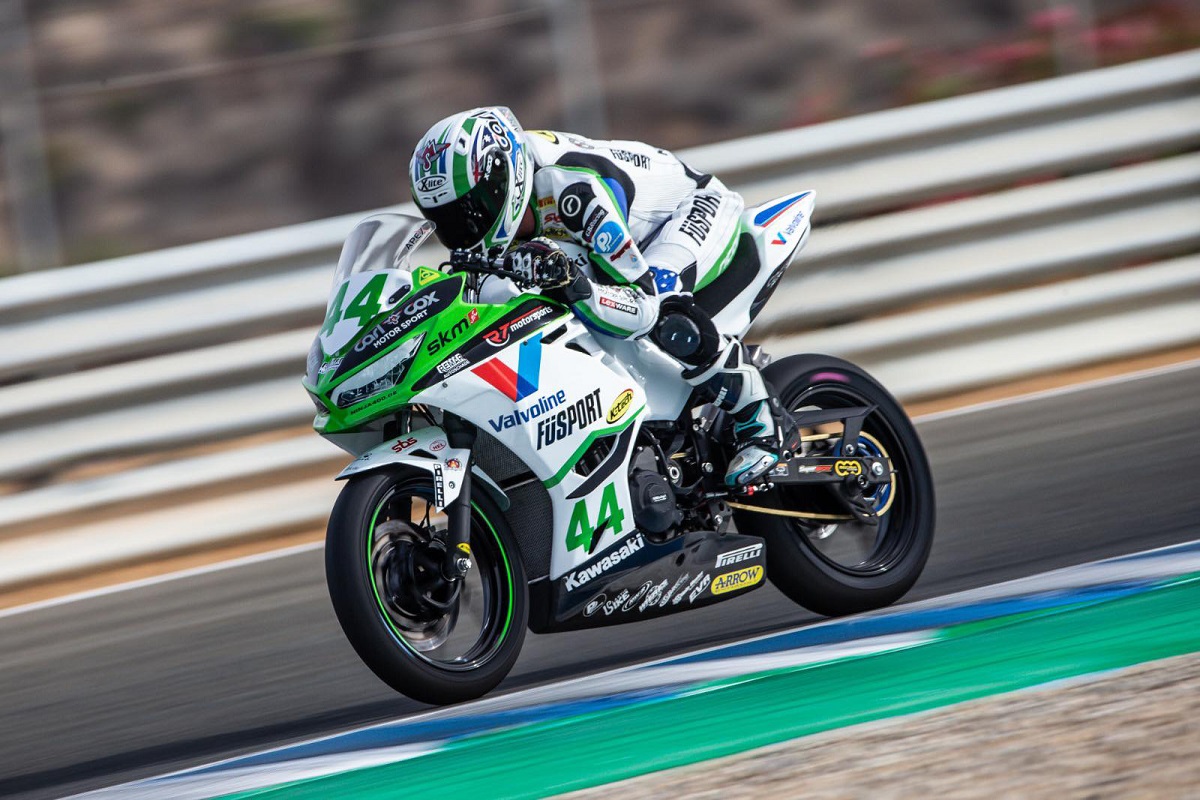 After a delayed start the 2020 FIM World Supersport 300 Championship got underway at the Pirelli Spanish Round in Jerez over the weekend (31 July – 2 August).

Phillip Island Circuit backed Tom Bramich (Carl Cox-RT Motorsports by SKM-Kawasaki) was eager to get back to racing after a 10-month hiatus.

Ahead of the season restart, Bramich was granted an exception to leave Australia and return to Europe for the commencement of the 2020 season. Arriving with enough time to complete two 2-day tests at Aragon and Cartagena, Tom was able to start working with his new crew chief and improve his feeling on the bike. Following a successful test at Aragon where Bramich improved his 2019 time by more than 1.5 seconds, he ended his testing at Cartagena with an unfortunate crash just days out from the season.

“The crash was such a shame because we were stoked with our progress in Aragon, but crashes happen and its part of the sport”

Said Bramich leading into the weekend.

With more than 50 riders on the 2020 WorldSSP300 grid, practice and qualifying sessions are split into Group A and Group B, with the top 30 from the two groups qualifying for Sunday’s race. For all riders who qualify outside of the top 30, they are granted one final opportunity to line up on the grid with a ‘last chance’ race on Saturday afternoon, and the top six over the line will compete in Sunday’s main race.

Bramich, in Group A, had a difficult start to the weekend.

“During the free practices we still had some issues after the Cartagena crash, and Friday was a disappointing day being off the pace and this eventually cost us the weekend”

The Australian ran into trouble on Saturday after his fastest lap in Free Practice 3 was cancelled, and his remaining laps weren’t fast enough to qualify in the top 30 and proceed to Superpole.

“This wasn’t ideal, but it was okay as the last chance race provided me some race experience and I could get back into the groove of racing”

The last chance race started well for the Aussie, maintaining a top three position throughout the race which would see him move through to the main race. Disaster struck on the last lap for Bramich as he was taken out by another rider as he went into Turn 2, and eventually ended his race weekend.

“Disappointed and gutted is an understatement, but our race pace was good, and we’ve learnt how to manage the practices for future races. Luckily for me Portugal is only a week away, so I can’t wait to get back into it”

The WorldSSP300 Championship continues this weekend at the Motul Portuguese Round, 7-9 August.