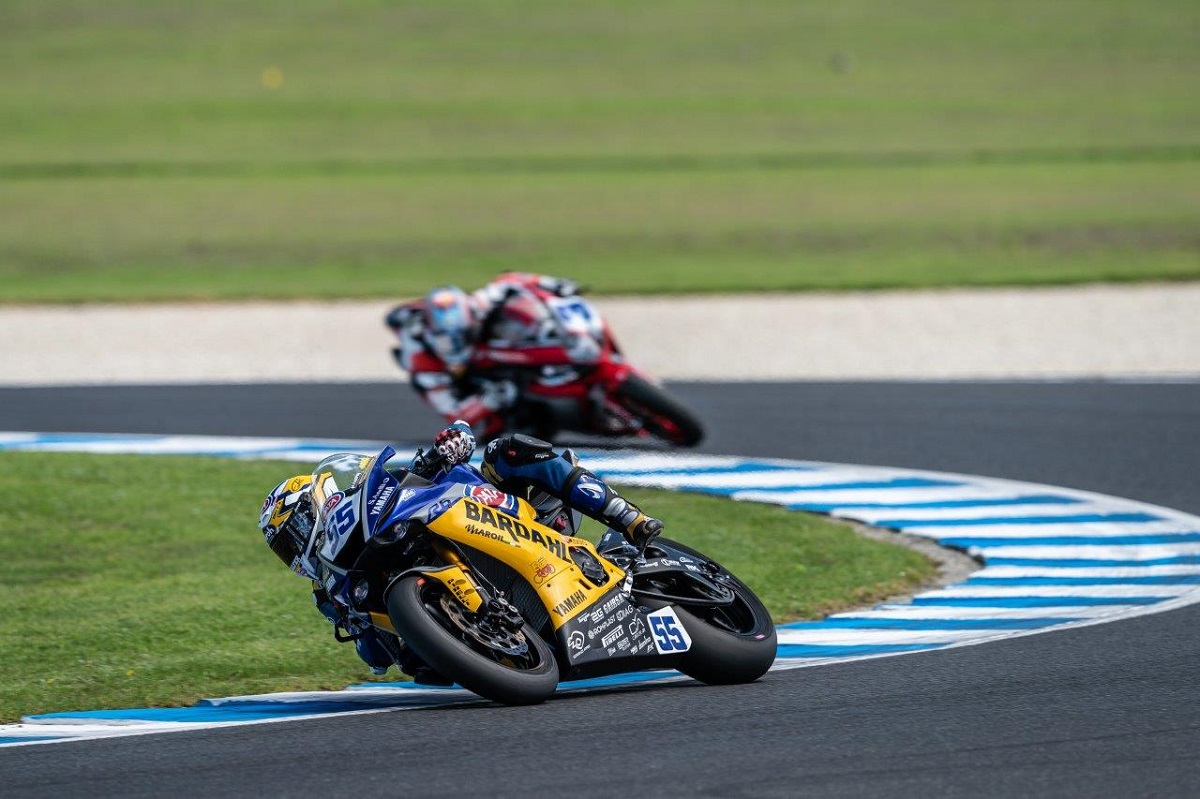 Italian rookie Andrea Locatelli has produced a World Supersport masterclass in round one of the 2020 Supersport World Championship at Phillip Island.

The Yamaha rider was in total control from the get-go, launching off the line from pole position   and then continuing is dominance for the balance of the 16-lap race – which included a mandatory pit stop for a new rear tyre.

Locatelli’s final winning margin was 5.817 seconds over Raffaele de Rosa (MV Agusta), with Jules Cluzel completing the podium on his Yamaha – a strong result for the Frenchman after a massive crash on Saturday.

The last rookie to win a WorldSSP race on debut was Randy Krummenacher in 2016.

And 23-year old Locatelli’s path to victory was undoubtedly made easier after world champion Krummenacher (MV Agusta) crashed on lap one. The Swiss hard-charger got off to a bad start and, while attempting to make up for lost time, ran too wide at the unforgiving turn one – his title defence getting off to the same agonising start as Jonathan Rea in yesterday’s WorldSBK openeR.

In a twist of fortunes, Locatelli is riding the very same machine which Krummenacher won the 2019 title on.

Australia’s Oli Bayliss was a late withdrawal after a mechanical problem with his Yamaha – which was first diagnosed in qualifying – couldn’t be fixed in time to allow the 16-year to put his best foot forward on the world stage. 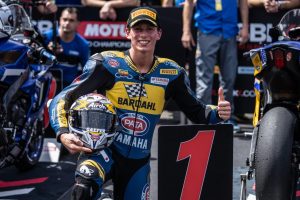 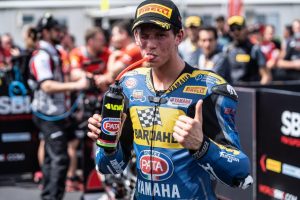 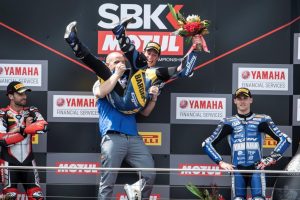 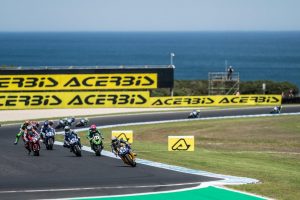 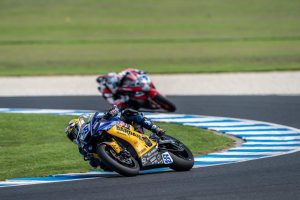