>    Mixed Results for Bramich at Aragon

Mixed Results for Bramich at Aragon 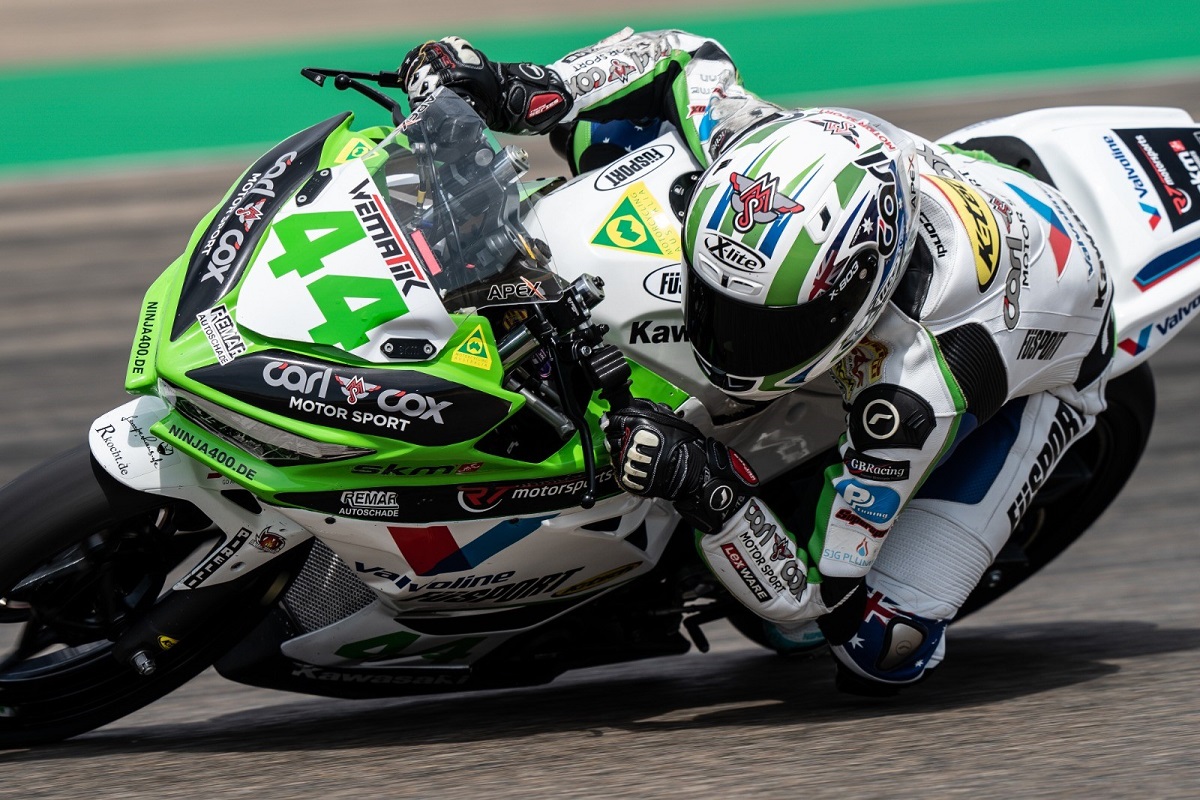 The 2020 FIM Supersport 300 World Championship travelled to Spain for the Prosecco DOC Aragon Round at the weekend (28 – 30 August).

Phillip Island Circuit backed Tom Bramich (Carl Cox-RT Motorsports by SKM-Kawasaki) was excited to get back on track after a difficult start to the season.

Bramich, in Group A, had a problematic start to the weekend.

“Aragon was a bit of a mixed bag for us. Friday started off as a struggle and we realised we had some troubles with the bike, so we had to do an engine swap and a bit of an overhaul ahead of Saturday”

After a difficult Free Practice 1 & 2, the Australian was feeling much better with the changes to the bike, finishing in 8th in Free Practice 3.

“FP3 was much better for us, but unfortunately ending in P31 overall put us into the last chance race. We were only 0.014 from P30 and 1.4 seconds to P1 – Nowhere else in the world is the racing this close”

Starting from 1st position in the last chance race, Bramich was confident he would be able to progress through to the main races. After leading and fighting in the top six, Tom crossed the line in 8th position and ultimately putting an end to his weekend.

“I thought we would have made the top six after being strong in the race, but it wasn’t to be. We learnt a lot in that race about our bike which is important for next weekend as we race here at Aragon again”

The WorldSSP300 Championship is back at MotorLand Aragon this weekend (4 – 6 September) for the Pirelli Teruel Round.