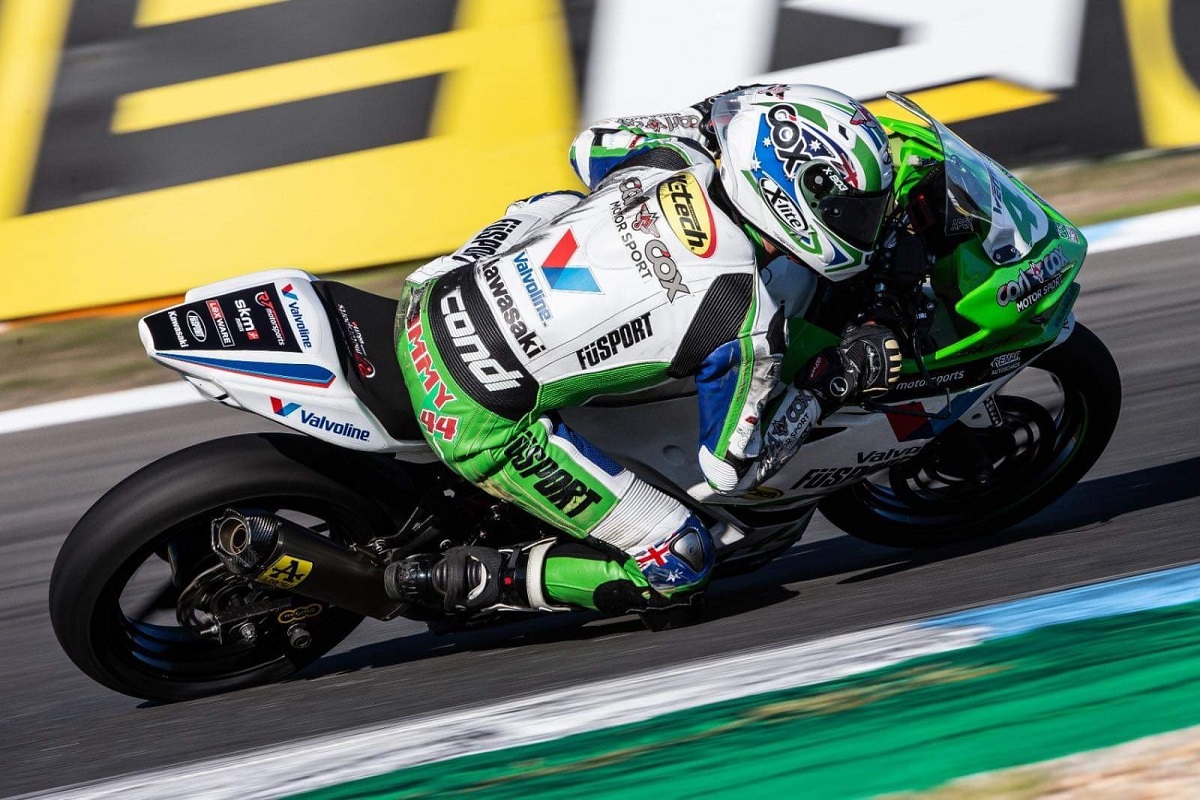 The 2020 FIM Supersport 300 World Championship returned to Portugal for the final round of the season at the Pirelli Estoril Round at the weekend (16 – 18 October).

Phillip Island Circuit backed Tom Bramich (Carl Cox-RT Motorsports by SKM-Kawasaki) was eager to finish what has been a difficult year with a positive result.

Bramich, in Group A, started the weekend familiarising himself with the Portuguese circuit.

“The track looked really fun but technical on the track walk with a very ‘old school’ GP track feeling. Free Practice got off to an okay start, ending in P16 after the Friday despite experiencing some issues with the rear grip”

Working on the rear grip issues, Tom was able to improve his pace on Saturday.

“In FP3 we improved our time by 1.5 second to end the session in P6 which put us in a good position for the qualifying”

Building a good pace, Tom was confident heading into qualifying. However, a mistake would see the Aussie drop down the timesheets.

“We had a slipping clutch which made us miss the main group and put us in the starting position of P30, which was super frustrating as my practice time would have put me around 15th”

Shaking off the disappointment from qualifying, Tom made early progress in Race 1.

“I got off to a great start making up 10 positions before the first split, and right on the edge of the points after one lap. I was really angry and frustrated to get taken out on the third lap of the race, putting me in the medical centre for a head check-up”

With the all clear from medical to return for Sunday’s warm-up and Race 2, Tom returned to the track for the last race of the 2020 season.

“We had a strong warm-up and went into race 2 with no pressure. I got off to another good start but got pushed wide and struggled to close the gap to the front group, but we had a good fight in a group of 7 riders for the last points, ending the race in P19. The position isn’t what I want at all, but the speed is there, and our race results have been hinging off our qualifying performances all season”

“It’s been a super tough season, but I’m so thankful for the support of my loyal sponsors and supporters. It would have been a lot harder without them”