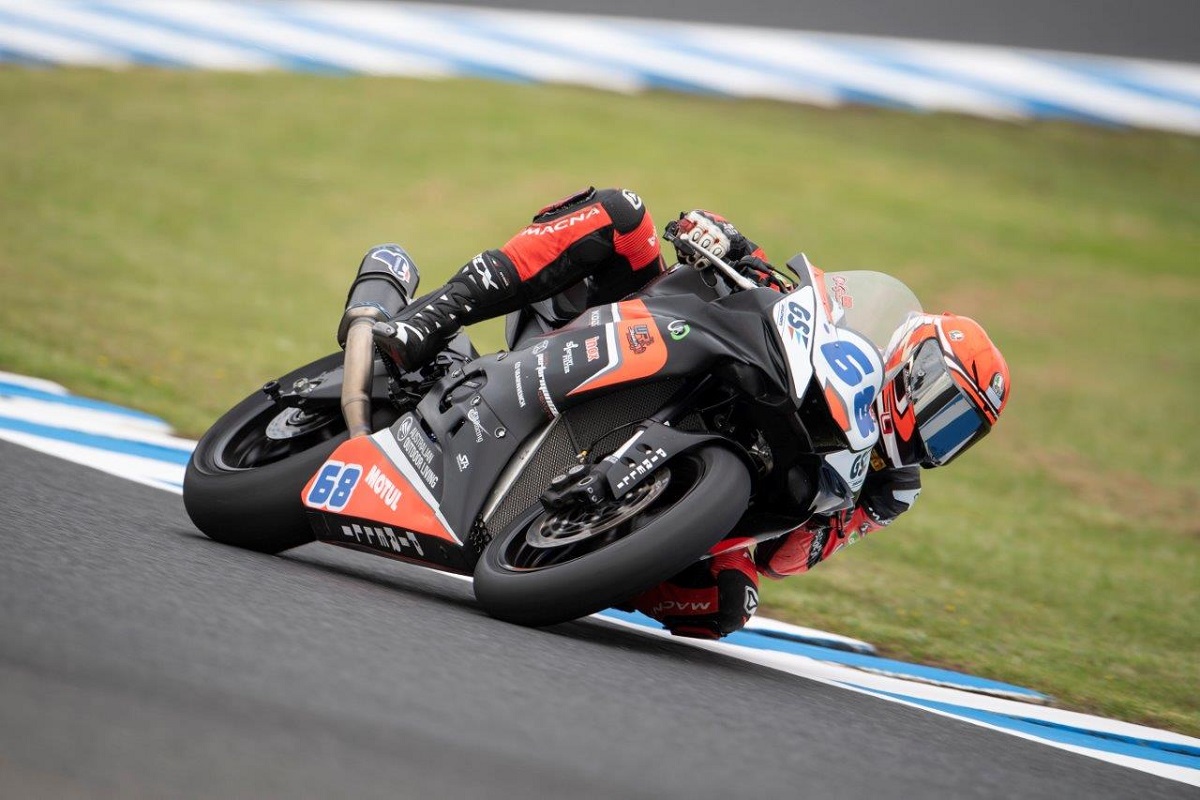 Australian son-of-a-gun Oli Bayliss has produced a late flurry of fast laps during an impressive shakedown for this Sunday’s opening round of the 2020 Supersport World Championship at Phillip Island.

Sixteen-year-old Bayliss, the son of World Superbike legend Troy Bayliss, completed day one of  a two-day test 16th on the timesheets from an international field of 23, and will hope to improve on that tomorrow as he continues to familiarise himself with his World Supersport-spec Yamaha YZF-R6.

“The day ended better than it started. Not so happy this morning.  So we worked in the break, and I had a whole new bike set-up for the afternoon session and it came together from there,”

Said Oli of his second session performance, where he clocked a best lap of 1m35.918 s time.

“And that time was on an old tyre, and we had a few other issues, that we are working on. Tomorrow, I am aiming to break into the top ten. I’d be happy with that for the test,”

He said of his bike, that was only prepared to world-spec in the last two weeks and was given its first run on the island circuit today.

Remarkably, Bayliss has secured the international ‘wildcard’ in just his fourth year of road racing.  As well as the world championship action at Phillip Island, he’ll also be on domestic duty as the 2020 Australian national season kicks into life.

His dad Troy, a six-time World Superbike winner at Phillip Island during his illustrious career, is right by his side, as is mum Kim who has her fingers on the pulse from the pit garage.

There will be two more test sessions tomorrow before the paddock reconvenes on Friday for the start of official proceedings ahead of Sunday afternoon’s 18-lap race in the opening round of the 2020 Supersport World Championship, Yamaha Finance round at Australia’s Phillip Island.